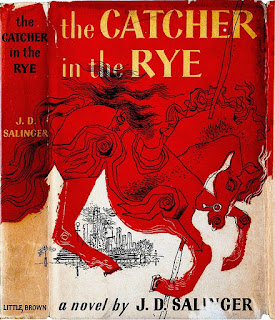 Русско-английские mp3 разговорники и аудиокниги
Russian-English Audiobooks-VK Playlist
The Catcher in the Rye by Salinger- chapters 1-2-
rus-eng parallel text- mp3 audio podcast.mp3PDF+MP3
The Catcher in the Rye is a story by J. D. Salinger, partially published in serial form in 1945–1946 and as a novel in 1951.[3] It was originally intended for adults but is often read by adolescents for its themes of angst and alienation, and as a critique on superficiality in society.[4][5] It has been translated into almost all of the world's major languages.[6] Around one million copies are sold each year, with total sales of more than 65 million books.[7] The novel's protagonist Holden Caulfield has become an icon for teenage rebellion.[8] The novel also deals with complex issues of innocence, identity, belonging, loss, and connection.
The novel was included on Time Magazine's 2005 list of the 100 best English-language novels written since 1923,[9] and it was named by Modern Library and its readers as one of the 100 best English-language novels of the 20th century