Русско-английские mp3 разговорники и аудиокниги
Russian-English Audiobooks-VK Playlist
The Crimson petal and the white by Michel Faber-
from chapter 1-rus-eng parallel text-mp3 podcast.mp3from chapter 1-rus-eng parallel text pdf+full text epub
The Crimson Petal and the White is a 2002 novel by Michel Faber set in Victorian England.
The title is from an 1847 poem by Alfred, Lord Tennyson entitled "Now Sleeps the Crimson Petal", the opening line of which is "Now sleeps the crimson petal, now the white."
William, the unwilling and somewhat bumbling heir to a perfume business, is a businessman of moderate success and little self-awareness.
William soon becomes obsessed with a worldly young prostitute named Sugar, an unconventionally intelligent and strong-willed young woman who uses the affair with William to climb to a higher perch in the rigidly stratified class system of the time
The novel is told from the perspective of all of the main characters, and the omniscient narrator occasionally addresses the reader directly. 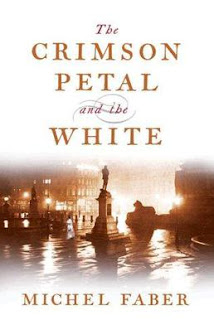 The novel was generally well received by critics, with one review calling it "supremely literary" and describing the quality of the writing as "dizzyingly accomplished"