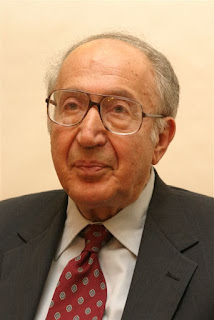 Русско-английские mp3 разговорники и аудиокниги
Russian-English Audiobooks-VK Playlist
PDF+MP3
Richard Pipes about Russia in 2009-rus-eng parallel text.mp3
Richard Edgar Pipes (Polish: Ryszard Pipes; July 11, 1923 – May 17, 2018) was a Polish American academic who specialized in Russian history, particularly with respect to the Soviet Union, who espoused a strong anti-communist point of view throughout his career.
Pipes wrote many books on Russian history, including Russia under the Old Regime (1974), The Russian Revolution(1990), and Russia Under the Bolshevik Regime (1994), and was a frequent interviewee in the press on the matters of Soviet history and foreign affairs. His writings also appear in Commentary, The New York Times, and The Times Literary Supplement. At Harvard, he taught large courses on Imperial Russia as well as the Russian Revolution and guided over 80 graduate students to their PhDs.
Pipes is known for arguing that the origins of the Soviet Union can be traced to the separate path taken by 15th-century Muscovy, in a Russian version of the Sonderweg thesis. In Pipes' opinion, Muscovy differed from every other State in Europe in that it had no concept of private property, and that everything was regarded as the property of the Grand Duke/Tsar. In Pipes' view, this separate path undertaken by Russia (possibly under Mongol influence) ensured that Russia would be an autocratic state with values fundamentally dissimilar from those of Western civilization. Pipes argued that this "patrimonialism" of Imperial Russia started to break down when Russian leaders attempted to modernize in the 19th century, without seeking to change the basic "patrimonial" structure of Russian society. In Pipes's opinion, this separate course undertaken by Russia over the centuries made Russia uniquely open to revolution in 1917. Pipes strongly criticized the values of the radical intelligentsia of late Imperial Russia for what he sees as their fanaticism and inability to accept reality.